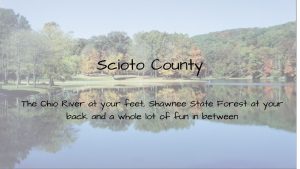 Scioto County is located in one of the most beautiful sections of Ohio at the confluence of the Ohio and Scioto Rivers.  There is so much for the traveler to enjoy - art, nature, history and more!

Artist Robert Dafford has helped turn a 2,000 foot concrete floodwall along the Ohio River in Portsmouth, Ohio, into an outdoor art gallery depicting the history of Portsmouth and surrounding areas. Dafford, a native of Lafayette, LA, is an internationally known muralist who has over 35 years of experience. His work is on display throughout the United States, Canada and Europe. 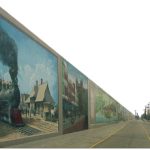 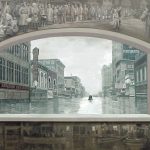 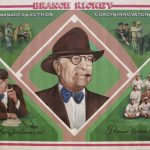 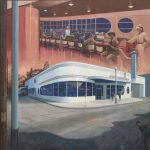 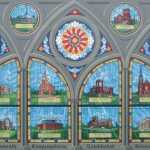 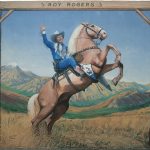 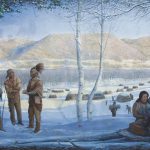 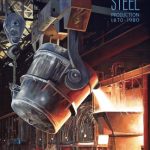 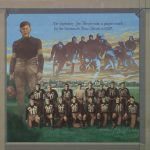 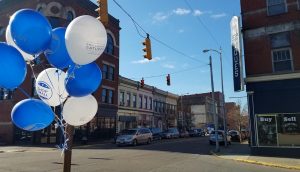 You'll find antique shopping at its best in southern Ohio. Whether its downtown Portsmouth of one of our picturesque country roads, quaint shops await you.  Spend a weekend browsing Portsmouth's Historic Boneyfiddle District and get lost in the nostalgia.  The district bears a strong resemblance of the town it was in the 1860's and boasts twenty properties on the National Registry of Historic Places.  The district is served by Main Street Portsmouth.  MSP is a 501(c)3 non-profit in Portsmouth, Ohio that focuses on the development and preservation of the historic Boneyfiddle and surrounding downtown Portsmouth area. The group is a partner of Heritage Ohio and the National Main Street Program. They revitalize the downtown through beautification, event management, grant writing and giving, and other means of connecting the downtown to the entire southern Ohio region through business development and communication.

Beginning at the Scioto County Welcome Center located at 342 Second Street in the historic Boneyfiddle District in downtown Portsmouth, the Scenic Scioto Heritage Trail ties into the Ohio River Scenic Byway near the Portsmouth Floodwall Murals. Heading west, it then follows the Ohio River and turns north into Shawnee State Forest, which is the largest of Ohio's 20 state forests. Travelers along the way will discover ancient Indian mounds, remnants of the Ohio and Erie Canal, lush forest land and the boyhood homes of two of Ohio's famous people: American legend Roy Rogers and Major League Baseball executive Branch Rickey.
The area is rich in Native American history and there are numerous points of interest and historic landmarks along the way. The Scenic Scioto Heritage Trail travels from the low lands along the Ohio and Scioto River Valleys to the highest elevations in Scioto County and provides scenic views over the valleys below.

Click here for points of interest along the trail.

Whether you're exploring the area on two feet or two wheels, you're sure to enjoy the natural beauty.  Be sure and take time for a picnic or outdoor lunch at Alexandria Park and enjoy the view. Connex is a non-profit group dedicated to the development of activity routes throughout Portsmouth and the surrounding community.

Shawnee State Forest provides a number of marked roads and trails for walking, hiking and biking.  Travel through the forest and find wildflower filled glades, hilly climbs and phenomenal views from every vantage point.  Enjoy what is truly one of the area's best treasures.

The Portsmouth Earthworks were constructed by the so-called Hopewell culture (100 B.C to 500 A.D.) -- an archaeological term designated an artifactual and technological period of pre-contact American Indian peoples. The earthworks is a large ceremonial center located at the confluence of the Scioto and Ohio rivers. Much of the site is now encompassed by the city of Portsmouth in Scioto County, Ohio. Part of this earthwork complex extends across the Ohio River into Kentucky. Originally, the Portsmouth Earthworks included a northern section consisting of a number of circular enclosures, two large horseshoe-shaped enclosures, and three sets of parallel-walled roads leading away from this location. One set of walls went to the southwest and may have linked to a large square enclosure located on the Kentucky side of the Ohio River. Another set went to the southeast where it led to the Ohio River. The walls continued on the opposite side of the river and led to a complicated circular enclosure. The third set of walls went to the northwest for an undetermined distance.

There are few surviving remnants of the Portsmouth Earthworks. Of these, only Mound Park in Portsmouth is open to the general public. The City of Portsmouth park includes one of the large horseshoe-shaped enclosures. It is called Horseshoe Mound and it is listed on the National Register of Historic Places.

Mound Park: Horseshoe-shaped Indian burial grounds located in one of our beautiful city parks on 17th Street and Hutchins  in Portsmouth.

Tremper Mound: Tremper is the historical site where the famous Indian "stone pipe" artifacts were discovered. Situated at the southwest junction of Route 73 and Route 104, six miles from Portsmouth on private property. 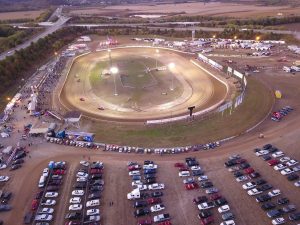 The track hosts weekly racing events throughout the summer months, including the classes, Late Model, Modified, Limited Late Model, and Bomber. PRP is also the host track for the Dirt Track World Championship. 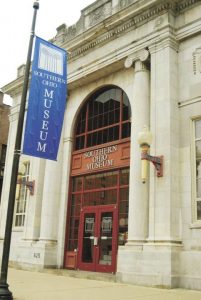 Three other galleries feature group and solo exhibitions of well-known and emerging contemporary Ohio and regional artists. The Museum also offers a 100-seat theatre for music and performing arts, a gift shop, a reading room complete with more than 1000 volumes, a student art studio, a docent-centered tour program, an off-site circus arts studio, and year-round programming designed to enhance the exhibitions.

The Southern Ohio Museum is located at 825 Gallia Street, in downtown Portsmouth.